The 26th annual Amelia Island event comes alive next weekend Postponed from its usual early March date due to the pandemic, organizers said it has been an interesting year after last year’s concours was held just days before so much of the world went into lock-down in March 2020. “No doubt about that,” […]

Postponed from its usual early March date due to the pandemic, organizers said it has been an interesting year after last year’s concours was held just days before so much of the world went into lock-down in March 2020.

“No doubt about that,” concours founder and chairman Bill Warner admits as they waited to see how the pandemic would work itself out. And even with more and more people vaccinated and all the safety measures in place at this year’s event, people will experience a few changes at what will still be a grand event.

Expect a myriad variety of classics, race cars, motorcycles and some intriguing vehicles, plus Lyn St. James, the concours’ first woman honoree with a serious racing pedigree as well as much more. And he expects lots of fans to show up, with “plenty of room for social distancing.”

“There will be fewer cars. Instead of 214 cars, we will have about 240 because we have spaced them out more,” said Warner, 77. “That doesn’t mean the quality is off. The quality is superb. We have nine Duesenbergs and that’s pretty good. … I think people want to get out and want something to do. It’s outside and that makes it much easier to do.”

Tribute to a trailblazer

St. James was a Ford factory racer, with Autoweek magazine naming her 1984’s Rookie of the Year in IMSA’s GTO class. A year later she won IMSA’s Norelco Driver of the Year award, has two class victories in the 24 Hours of Daytona and tackled1989 and 1991’s 24 Hours of Le Mans. She raced in the Indianapolis 500, been a spokesperson for Ford and founded the Lyn St. James Foundation for the education, training and advancement of women in automotive fields.

“She broke a lot of ceilings and a very successful racing driver, starting with a Pinto and ends up in IndyCars,” Warner said. “She is a very good driver and we are pleased to have her. She is very approachable.”

The concours kicks off Friday as many of the concour’s Sunday classics hit the road on its Reliable Carriers’ Eight Flags Road Tour, leaving at 8 a.m. from the Ritz-Carlton, Amelia Island. The classics will tour around Amelia Island, with a lunchtime public display on Centre Street in downtown Fernandina Beach.

A Chevy Thunder class is also set for the Sunday concours to honor the history-making cars and engines that have won 11 Indy 500s, 24 Daytona 500s, plus the 24 Hours of Le Mans and elsewhere. Twenty two cars will be on hand with some live thunder.

“They will fire them up,” Warner said. ” … We have everything that Chevrolet raced from about 1955 to current, including dragsters, sports cars, Can Am racers, everything. It will be a wide variety of what you would expect from Chevrolet.”

The next seminar is “The All-Conquering Porsche 935” from 3 to 4:30 p.m. Saturday, May 22, also in the hotel. Evernham will host as Porsche 935 drivers like Hurley Haywood, Hobbs, Redman, Kevin Jeannette and crew chief Mark Raffauf tell of racing, preparing and writing rules for the 935s.

A dozen Porsche 935 racers will be on the Sunday show field to showcase its long reign from 1976 through a final upset win in the 1984 12 Hours of Sebring. They include the 1979 Le Mans-winning Kremer K3 Porsche, and Peter Gregg’s 1979 IMSA Winston GT-winning Brumos Racing 935 that won eight race victories and the 1979 title.

Tickets for each seminar are $40 to $80, masks required for a limit of just over 400 attendees at each for health reasons. Tickets can be purchased at ameliaconcours.org.

A 400-strong field of regional and local collectibles will be at the annual Concours d’Elegance’s “Cars & Coffee at the Concours” from 9 a.m. to 1 p.m. Saturday, May 22 on the same fairways as the next day’s 26th annual concours. The event will celebrate the 50th anniversary of the Datsun/Nissan Z car.

The Amelia Island Concours d’Elegance’s classic car event is from 9:30 a.m. to 4 p.m. Sunday on the 10th and 18th fairways at The Golf Club of Amelia Island. Other major classes on the show field on Sunday:

“You should see the Xenia,” Warner said. “It is fabulous. It was so advanced for it’s time, it’s hard to say the car was built in 1938. It was so fabulously advanced with a compound curve windshields and doors that slid back.”

“It’s a show car that is really goofy looking,” Warner said. ” … The Tasco is the first car with a t-top.”

• “It’s Electric,” featuries EVs  from a 1905 Columbia Mk XXXV and 1901 Waverly to the latest like the Cadillac LYRIQ, HUMMER EV truck and the Lucid Air.

“There will be an electric MINI and a Porsche Taycan,” he said. “We’ve got electric cars coming from the newest manufacturers, about eight brand new, hardly- or never-seen EV cars, which we will parade through on Sunday morning.”

• The Shadow racing team, founded by Don Nichols in 1968, include open-wheel Formula One cars as well as radically streamlined Can-Am racers from the 1970s through 1980.

“George Follmer will be with us and he drove for Shadow, and so will Brian Redman, David Hobbs and Derek Bell,” he said.

• The Supercar class from the 1980s and 1990s, including the 50th anniversary of the Lamborghini Countach, a Ferrari supercar trio of the 288 GTO, F40 and F50 and the Testarossa from the television series Miami Vice.

“For the younger folks this year, we have a supercar series from the 1990s,” Warner said. ” … There’s a McLaren F1, very rare with only about 84 built, and it will be very popular.”

RM Sotheby’s, the official concours auction, is on Saturday, May 22, at the Ritz-Carlton, Amelia Island with 80 classics including a locally-owned 1954 Swallow Doretti and a 1968 Ferrari 275 GTB/4 by Scaglietti. Bonhams holds its Amelia Island Auction on Thursday, May 20, at the Fernandina Beach Golf Club fairway on Amelia Island parkway.

One event not part of the concours is the annual Concours d’Lemons show, which celebrates the oddball, mundane and truly awful of the automotive world. It runs from noon to 4 p.m. on Friday at Main Beach Park at 32 N. Fletcher Ave. in Fernandina Beach.

The concours won Octane Magazine’s EFG International Historic Motoring Award for the Best Motoring Event of the Year, and was the subject of an Emmy Award-winning documentary one-hour TV special “Winning Amelia.” The show, covering the 2019 Amelia Island Concours d’Elegance, was produced by Gemstone Media.

The show’s Foundation has donated over $3.75 million to Community Hospice & Palliative Care, Spina Bifida of Jacksonville and other charities since 1996.

Full information and ticket prices for the 26th annual Amelia Island Concours d’Elegance is at ameliaconcours.org.

Reflections by the Sea: Phrases - The Coastland Situations

Fri May 21 , 2021
By Betsy Ore Glass Let no corrupting communicate occur out of your mouths, but only these types of as is fantastic for developing up, as fits the celebration, that it may give grace to people who hear. Ephesians 4:29 Phrases are so potent. Once spoken they can by no means […] 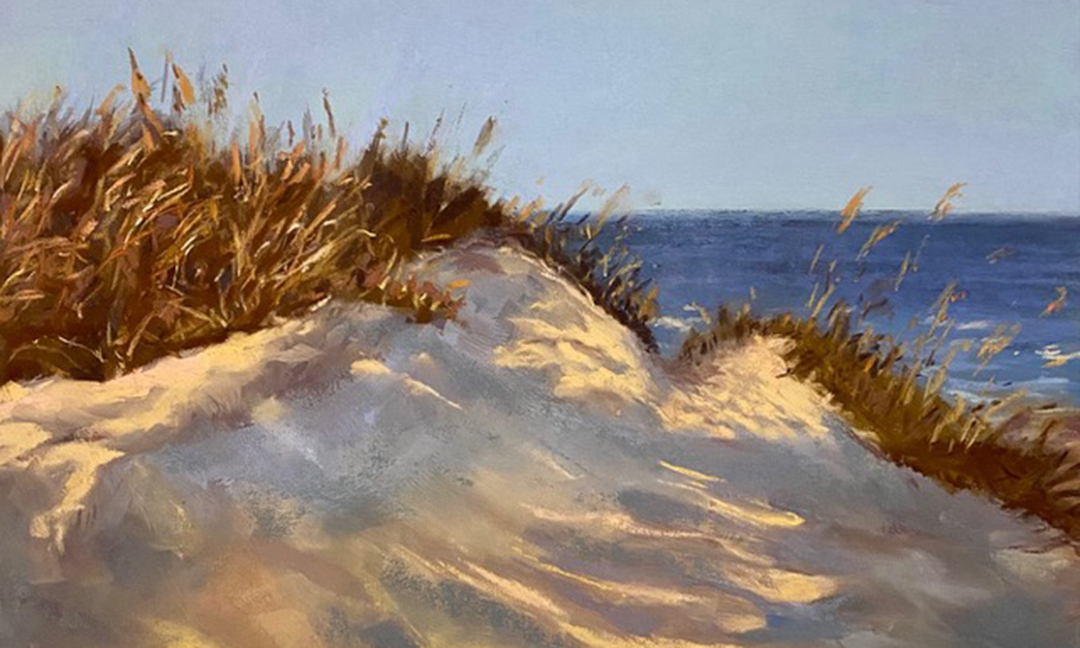