Kang has earned the respect of Asia’s gastronomic leaders through his tireless work expanding the possibilities of Korean cuisine in recent years. His flagship restaurant, Mingles, first appeared on Asia’s 50 Best Restaurants list in 2016 at No.15. As well as earning the Highest New Entry award, it was also […]

Kang has earned the respect of Asia’s gastronomic leaders through his tireless work expanding the possibilities of Korean cuisine in recent years. His flagship restaurant, Mingles, first appeared on Asia’s 50 Best Restaurants list in 2016 at No.15. As well as earning the Highest New Entry award, it was also named The Best Restaurant in Korea, an honour it has retained for five consecutive years.

William Drew, Director of Content at Asia’s 50 Best Restaurants, says: “Through the Inedit Damm Chefs’ Choice Award, Chef Mingoo Kang’s peers have shown their respect for his craftsmanship and artistry, as well as his ability to articulate Korean culinary culture on the international stage. Chef Kang reinterprets Korean cuisine in a modern context by combining contemporary techniques and local elements, striking a delicate balance between innovation and tradition.”

A trailblazer of the new Korean cuisine movement, Kang graduated from Kyonggi University before interning at the Ritz-Carlton in Florida. Dedicated to learning about international cuisines, he further honed his culinary skills under the tutelage of Basque master Martín Berasategui and later joined Nobu in Miami and the Bahamas, where he became the restaurant’s youngest head chef.

As Kang explains: “I am a native Korean chef. Instead of studying at international culinary institutions, I gained my experience working at various locations around the globe – the US, Spain, France, the Bahamas – wherever I could enhance my culinary knowledge.”

Returning to Seoul, Kang focused his attention on Korean cooking and traditional temple cuisine. To refine his culinary philosophy, he consulted with local food experts, including Buddhist monk Jeong Kwan and respected chef Cho Hee-sook, the 2020 recipient of the Asia’s Best Female Chef Award. In 2014, Kang opened Mingles in Seoul’s bustling Gangnam district and introduced his signature style of melding eastern and western cuisines and techniques.

Acknowledging the award, Kang notes: “I am very grateful to receive the Inedit Damm Chefs’ Choice Award. I would like to express my gratitude to my fellow chefs who voted for me. This award is of special significance because it was voted for by other chefs who share my passion for excellence. While I still have a lot to learn, this award motivates my team and me to reach new heights.”

Berta Rius, Marketing Manager Asia and Pacific for Damm, says: “We are delighted that Mingoo Kang has picked up this year’s Inedit Damm Chefs’ Choice Award. His passion for innovation, while remaining true to tradition, has enabled him to evolve Korean cuisine to the point of delivering a gastronomic experience at the highest level. His creativity, experience and culinary skills have earned him this well-deserved award, which has been voted for by his peers in the industry.”

The annual list of Asia’s 50 Best Restaurants is created from the votes of the Asia’s 50 Best Restaurants Academy, an influential group of over 300 leaders made up of food writers and critics, chefs, restaurateurs and regional culinary experts, with a 50/50 gender balance. The year’s vote was adjusted to account for restricted travel opportunities, placing a greater focus on local dining experiences.

50 Best works with professional services consultancy Deloitte as its official independent adjudication partner to help protect the integrity and authenticity of the voting process and the resulting list of Asia’s 50 Best Restaurants. For more details on the Asia’s 50 Best Restaurants voting process, visit:  https://www.theworlds50best.com/asia/en/voting/the-voting-system.

2021 marks the launch of the Essence of Asia collection in parallel to this year’s list of Asia’s 50 Best Restaurants. Unveiled in advance of the awards ceremony on Tuesday 16 March, the Essence of Asia collection recognises establishments that represent the spirit of Asian gastronomy. This unranked collection turns the spotlight on restaurants that have had a positive impact on their communities and local cuisine, whether during the recent crisis or over a sustained period. Integral to Asia’s culinary ecosystem, these casual restaurants preserve culinary traditions, honour authentic flavours and provide a vital link to their communities.

50 Best for Recovery 2021: Opportunity for Change

The 50 Best organisation will reinforce its commitment to supporting and promoting restaurants and bars across the world through its 50 Best for Recovery 2021 programme. This year also brings opportunities for positive change as the sector rebuilds and remodels itself with a greater focus on inclusivity and long-term sustainability. 50 Best will use its global platform to highlight even more great restaurants and bars worldwide – through its 50 Best lists, special awards, unranked collections and content series – as well as showcase individuals shaping the future of gastronomy through its new 50 Next list, which will debut later this year. 50 Best will take the opportunity in 2021 and beyond to amplify diverse voices and positive messages, foster progressive discussion and cross-border collaboration, and encourage greater gastronomic discovery and exploration.

Inedit Damm was created in 2008 by Damm’s master brewers, Ferran Adrià and the team of sommeliers at el Bulli. It is specially brewed to pair perfectly with the new gastronomy, full of contrasts and nuanced flavours. Inedit Damm is flavoured with spices, giving it its special taste and making it a one-of-a-kind beer that is creamy, soft and versatile. Parent company Damm traces its roots back to 1876, when master brewer August Kuentzmann Damm settled on the Mediterranean coast. Its relentless search for quality is its commitment to ensure that consumers can enjoy the true Mediterranean taste of Damm beer.

This release is also available in the following languages:

English, Traditional Chinese and Simplified Chinese. The official language of the press office is English.

How Does Website positioning Service Increase Price To Your Businesses?

Sun Mar 14 , 2021
Search engine optimisation has been prevalent for couple of several years, particularly in these days. Its widely used internet advertising strategy and it is a single of the ideal and strongest technique any organization or model can use to achieve footing on producing a powerful presence on internet. Search engine […] 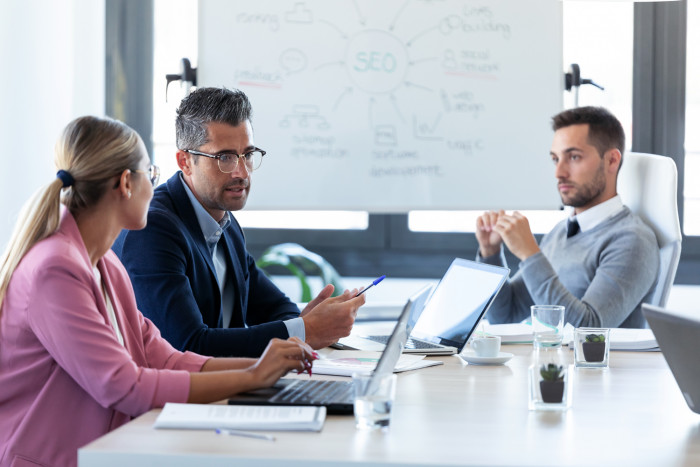