Driving into Monterey County on my way to Car Week, I felt immediately welcomed, even though I arrived before the first major event. Fans were already lining the roadside, hoping for a prime spot to view the cars rolling in, many from far out of state. There seemed to be a rare classic or exotic car on every block as I made my way through Carmel. There was something in the air, and all the activity made it clear that this year’s event was going to be double the anticipation and double the energy. The pent-up disappointment of last year’s cancellation made the 2021 festivities that much more meaningful. It turned out to be a celebration as much as a showcase as spirits ran high. Ticket sales were capped and the event grounds were expanded in order to make this year’s Monterey Car Week possible, giving guests more space to enjoy themselves.

The Pebble Beach Tour d’ Elegance took place on Thursday morning, August 12th, and the long awaited Quail, A Motorsports Gathering followed the next day on Friday the 13th. The fifty-fifth anniversary of the 1966 Trans-Am racing series, at the long awaited Rolex Monterey Motorsports Reunion made the Ford Mustang an official honoree with a Ford Features display and a special role in the event. The company has maintained a close partnership with the classic automotive events in California since 1997, sharing values that have shaped fine watchmaking as much as the automotive world. The long relationship between Rolex and Formula 1 continues to intertwine history and future innovation. There’s no better place to do it exclusively than the historic WeatherTech Raceway Laguna Seca; especially when it’s done the Rolex way, blending true excellence, unforgettable moments, and an unwavering attention to detail.

With Rolex as its official timepiece for the twenty fourth consecutive year and new releases gracing its Concept Lawn, the Pebble Beach Tour d’ Elegance kick-started my long weekend in style. It was a chance to preview some of the vehicles that would later make an appearance in Sunday’s Concours d’ Elegance. Starting bright and early, the tour brought spectators out to Pebble Beach and various points along Highway 1 to take in the scenery, both on the road and along the shore as the fog hovered. This year, the presence of U.S. based collectors was especially prominent, as many international entrants could not attend. Those who were able to attend, however, brought their excitement with them, and it reverberated throughout 17 Mile Drive as the Tour reached its finish line.

That evening, I was invited to a private event hosted by Bentley Motors, where I had the chance to get up close and personal to their rumored new models. Bentley’s Flying Spur Mulliner was revealed; with a name fit for a fighter jet, the model was conceived and produced in Great Britain, featuring a Double Diamond Grille, 22-inch wheels, and Bentley’s signature attention to the smallest intricacies, down to the hand-stitches lining the car seats.

The car is a result of Bentley’s partnership with Mulliner, likely the oldest automotive company in existence. The Mulliner brand dates back to the 16th century, when the company made Britain’s best saddles. Since the late 18th century, Mulliner has focused on coachbuilding, keeping the art alive after its acquisition by Bentley Motors. The unique styling of the British coachbuilding tradition gives Bentley models like the Bacalar their special touch, impossible to duplicate outside of the brand.

Bentley’s Monterey Car Week streak didn’t end with the Flying Spur. The company also introduced a re-made Bentley Blower as part of its Blower Continuation Series, which is composed of twelve pre-war race cars based on the original 1929 Team Blower archetype. The concept intrigued me, and seeing the latest Blower in person was like witnessing history in the making; the vehicles in this extremely limited series are recreated part by part to resemble the original models.

The Quail, A Motorsports Gathering

The Quail, A Motorsports Gathering traditionally takes place on Friday and feels like a garden party made for mingling; car collectors, manufacturers, lovers and aficionados come together on the grounds of Quail Lodge and Golf Club for a friendly competition and presentation featuring over two hundred participants. Put on by the Signature Events division of Peninsula Hotels and founded by Gordon McCall, The Quail is one of Carmel Valley’s most coveted tickets of the year. Rolex joined as the Official Timepiece of The Quail in 2005.

Five international pavilions offered global gourmet bites, setting the scene for a day of strolling, passionate conversation, and exclusive opportunities to see the best of automotive design, as well as cult classics. Road & Track Magazine’s pavilion was a major draw, with enough fresh oysters, champagne and caviar and an unmatched reputation in the automotive publishing niche.

Sophisticated yet casual, the event gave guests the chance to get to know motorsports’ most vibrant personalities, as well as the machines they represent.

While a 1938 Mercedes-Benz 540K Roadster secured the Best in Show honor, other special mentions included a 1902 Indian Single Cylinder, a 1957 Fiat 600, and a1962 Land Rover. Formula 1 Racer Jenson Button was interviewed on stage, while a number of companies debuted new launches, including Lamborghini, Hennessey, and Bugatti. Pininfarina’s Battista Anniversario deserves a special mention, as it stood out visually and conceptually throughout the day. The Battista had previously only existed as a prototype, and seeing a final version ready to hit the road was an indication of the company’s progress and desire to bring a hyper-luxurious design to life. Electric, production ready and Italian-built, the vehicle is a legend in the making, pushing extremes in speed, power, build, and agility.

The dignified aura was momentarily and delightfully interrupted with the arrival of 30 historic Trans-Am cars that rumbled onto the lawn under police escort from the Rolex Monterey Motorsports Reunion. The race car parade was led by the orange 1970 Ford Mustang Boss 302 being driven by Ford Motor Company CEO and accomplished racer Jim Farley.

This year’s Rolex Monterey Motorsports Reunion brought together racing giants from eras past, with the added enthusiasm of thousands of fans who missed last year’s postponed event. Striking a hard contrast with the pamper and polish of the Concours, these vehicles are built to win as they compete against other race cars from their group. Less about visuals and more about what hides under the hood, the Reunion was open to fans hoping to see their favorite rides up close before the cars took center stage to race on one of motorsports’ best known raceways. Wandering around the paddock was like stepping into a time capsule; meeting vehicle owners and hearing anecdotes about their vehicles made the event a fully interactive experience. Passionate in the best way possible, the camaraderie that you feel at the Reunion is infectious.

With six decades of racing glory imprinted on its 2.2 miles of track, Weathertech Raceway Laguna Seca remains an icon, especially when filled to the brim with groups of authentic race cars revving up for the race of the year. 2021 is the 70th anniversary of the Pebble Beach Road Races, which took place from 1950-1955. To commemorate the occasion, the track reserved afternoon exhibition laps for the five cars that won the top award at the Pebble Beach Road Races well over half a century ago. The showing included a 1954 Ferrari 340 MM VIgnale Spyder, a 1950 Allard J2, and a 1950 Jaguar XK-120, among others.

The showmanship and class that define the Pebble Beach Concours d’ Elegance was a fun contrast of the sheer speed and engine sounds of the Reunion, and the perfect way to wrap up the full spectrum of Monterey Car Week. I had gotten a taste of this year’s group during the initial Tour d’ Elegance, but the Concours illuminated the parade in all its glory.

This year’s seaside drive gave the Best of Show title, chosen from a pool of 230 contenders, to a 1938 Mercedes- Benz 540K Autobahn Kurier owned by the Keller Collection. Sleek, dark, and handsome, the Kurier cruised through the last stretch of 17 Mile Drive shrouded in confetti, wearing a blue ribbon and slowing to a satisfied crawl. The winning owners Arturo and Deborah Keller were presented with a specially engraved Rolex Datejust 41 timepiece.

I had caught a sneak peak of the Maserati MC2O at a VIP event the night before the Concours; it was thrilling to admire it in advance, but the effect it had on the fans the next morning confirmed the MC20’s ability to impress as it was revealed on the Concept Lawn at the Concours. Surpassing two hundred miles per hour, the Maserati rings in a watershed decade for the company. A V6 Nettuno engine, paired with carbon fiber elements and a fully Italian heritage, makes the MC20 a torch bearing model for Maserati, and this was not lost on the crowd.

The past week saw Monterey Car Week roar back to life; the slight changes could not interrupt the rhythm of an event two years in the making. Pioneering manufacturers proved that innovation doesn’t take breaks, and the celebrations of the Trans-Am team and the Pebble Beach Road Races provided an important nod to history at Laguna Seca. I’m left fully confident that Monterey Car Week remains hell bent on bringing the best of the automotive world to those who treasure it most, year after year.

The weekend concluded with a big reveal from Weathertech Raceway Laguna Seca, leaving the crowd with something to look forward to in 2022. The 100th anniversary of 24 Hours of LeMans, perhaps the best known race in the history of automotive sports, will be the focus of next year’s Reunion. Expect to witness famous Le Mans period vehicles in action, representing the huge variety of brands connected to the race. Save the date; next year’s already much- anticipated Monterey Car Week is set to take place from August 17th to August 20th, 2022!

Sun Aug 29 , 2021
The arrest of Union minister Narayan Rane on Tuesday over his controversial remarks about Maharashtra main minister Uddhav Thackeray sparked a political row. The Shiv Sena demanded Rane’s expulsion from the Union Cabinet and the Congress said that the Bharatiya Janata Bash (BJP) leaders want empathy and therapy for mental […] 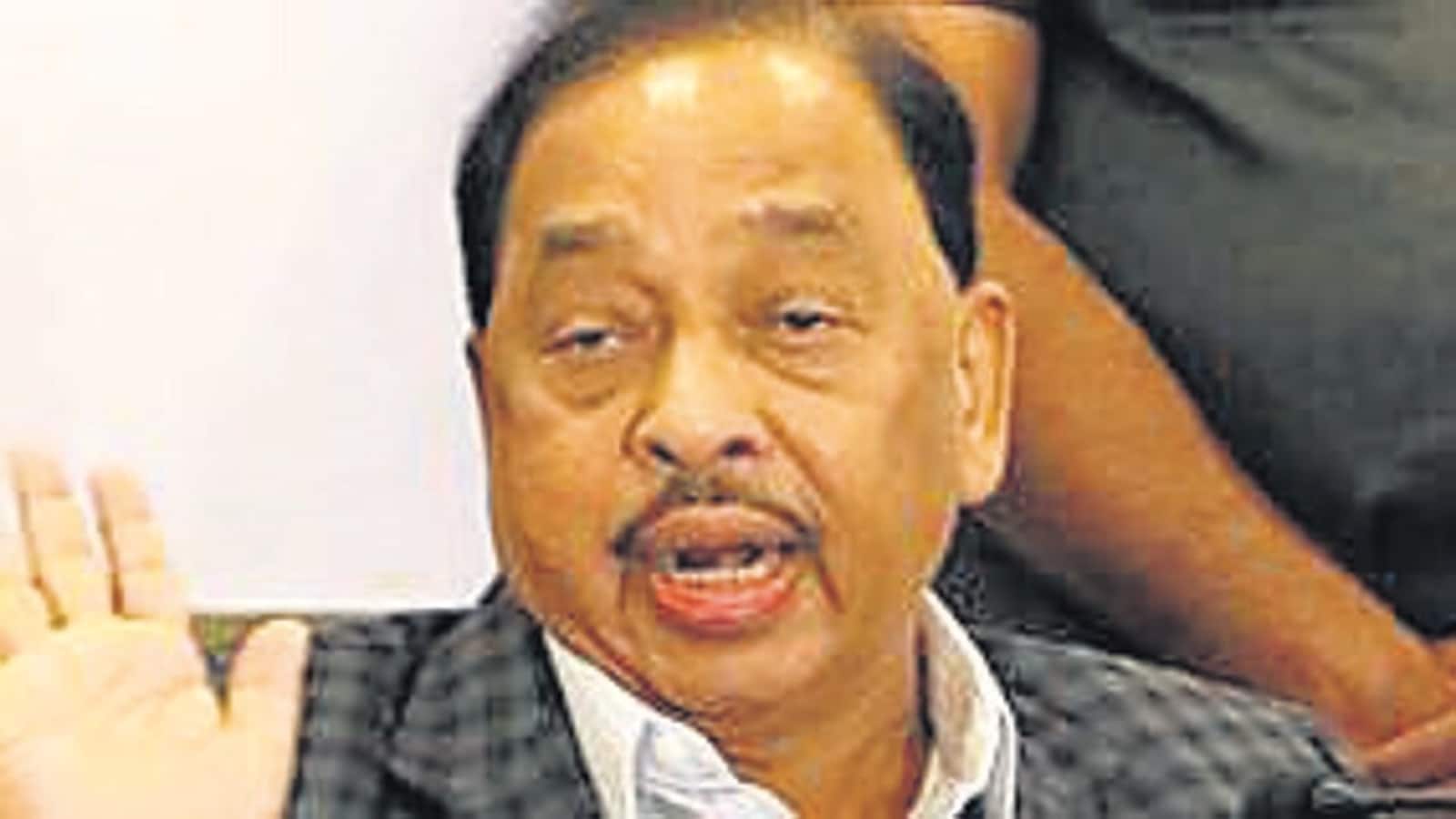